History of the Washington Alpine Club 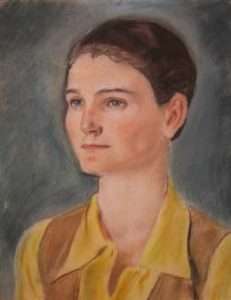 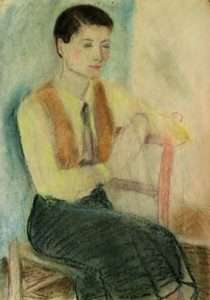 Anna Louise Strong and the Founding of the Washington Alpine Club

We remember Anna Louise Strong as one of the founders of the Co-Operative Campers – now known as the Washington Alpine Club. The handsome 31-year-old woman came to Seattle in 1916 to be with her father. On her way to Seattle she took part in the cooperative camping at a San Francisco Municipal camp in the High Sierras in California. When she arrived here she attempted to obtain support for a similar program from the Seattle City Council and the Labor Council, but to no avail. Undaunted, she went after the YMCA, YWCA, Boy Scouts, Campfire Girls, University of Washington, the School Board and finally again to the Labor Council. This time she received promises of leadership and support for a Summer Camp on Mt. Rainier. The Park Board loaned a well-known mountaineer, Major E.S. Ingraham , who served as leader. Strong was Camp Manager and Margaret McKenzie Bliss was the office manager and bill payer. Margaret Bliss was our last Charter Member and active friend until shortly before her death in 1985.

There were five camps in 1916 each with 40 to 50 participants. Delegates from each camp met with Strong and Major Ingraham in the Fall and made plans for the future. Their schedule included local walks and plans for future camps. The camps went on for 5 years and then were moved to near Mount Baker.  This was apparently successful for now 100 years later we still are an active group.

The attention of Seattle was turned to this remarkable woman when she became the first woman elected to the school board. The honor was outweighed by what was, in her words, “the most completely boring time of my life.” It seems that she wanted to discuss education rather than plumbing.

The boredom didn’t last! Seattle was probably the most radical part of the U. S. Even in the thirties the U.S. Postmaster General referred to the 47 states and the Soviet of Washington. In this atmosphere the International workers of the World (IWW or the Wobblies), a left wing labor organization flourished. The Shingle Weavers Union in Everett was engaged in a deadlocked labor fight – so the IWW sent a support demonstration of approximately 280 people. They were met by company guards and Sheriffs vigilantes and a real fight ensued. The combined casualties were 7 dead and 50 wounded. Seventy-four of the workers were charged with murder. Anna Louise Strong covered their trial as a reporter for the New York Post, and the abuse of the workers and the miscarriages of justice changed her life forever. She became an avowed supporter of the down trodden working class.

As the possibility of the U.S. entering World War I became more likely, Strong became very concerned over the thought of young men dying to support a Capitalistic system that would profit from their death. Like her father who was a pacifist minister, Strong was a very vocal pacifist and an ardent anti-capitalist. When she lost her fight and the U.S. entered the War, Strong retreated to her beloved mountains to try to regain her faith in the future.

Strong became a reporter for a Socialist paper in Seattle and actively supported anti-conscription campaigns. These actions, even though she was “the best known of the respectable women in town” caused her friends to fade away and she was removed from the school board by a small margin in a recall election.

In 1919 Seattle had a General Strike, the first and only of its kind. Everything in town was closed down – then essential services were restored. As usually our female Don Quixote was in the middle. She was an editor of the Union Record and wrote an editorial that was very widely quoted in support of the workers. Within days the strike was over but Strong and other labor leaders were indicted for sedition. This purely political action was stopped almost immediately and all charges dropped. By now the leftist companions of her battle were changing into right wing conservatives. Infighting was tearing the labor organizations apart. Strong bitterly gave up her dreams of a workers paradise and followed a will-o-wisp whim that took her to Russia. There she wrote for an English-language newspaper and worked in support of the Communist Party.

She was once more accused of being a turncoat and a spy and left Russia. She returned to America but this was no longer her home. She then went to the Peoples Republic of China in 1958 and worked with the Communist Party. Strong became a close ally and confidante of Mao Tse Tung. She died in 1976 and was buried with state honors (an extraordinary event in Chinese history in itself) in Beijing.

Her actions made her a very unpopular person and her name was an anathema to many Club members. Virtually nothing appears about her Club records although she was listed in the Club Roster through 1949.

On November 11, 1985 the Washington State Historical Society named Anna Louise Strong to the Society & Centennial Hall of Fame. When completed this will be a list of 100 people who have had a significant impact on the history and development of the State.

Adapted from an essay by Owen Alloway, WAC club member

Memories of the Beginnings of the Washington Alpine Club

In the spring of 1916, 46 years ago, few people could enjoy Mt. Rainier’s slopes and flowers. My brother Ralph learned of a group that were camping at Paradise at cost. He made arrangements through the YMCA for us to attend this camp.

My brother had a Ford car, so we drove up taking three other ladies with us. Other campers went by train to Ashford, by bus to Longmire, and hiked into Paradise from there, while their dunnage bags came up by pack train.

Our party left Seattle on Saturday afternoon and camped out that night by the side of the road. We parked the Ford at Narada Falls and hiked in arriving about noon. At camp we found those in charge setting up more tents. This was the third week in July, but there was so much snow that we had to shovel it away to find a place to set up the tent. There were five camps of one week each with about 40 to 50 in each camp.

Later we learned how Camp Seattle came to be. Anna Louise Strong had visited a municipal camp, run by a California city at cost in the High Sierras. She enjoyed it so much that she wanted to make it possible for others to enjoy our beautiful mountain. The City Council would not attempt it. The Labor Council was not interested.

She next wrote letters and called a meeting of the YMCA, the YWCA, the U af W, the Boy Scouts, the Campfire Girls, the Mountaineers, the School Board and the Labor Council. These groups were all enthusiastic and promised to furnish leaders and support the plan, which they did.

The Tacoma YMCA had a week’s camp over the Fourth of July every year, and offered the use of their tents and gear. These we used and later bought from them. Mr. Crocket, a teacher from Bremerton, agreed to be camp cook. He and the office manager were the only paid employees. Major E. S. Ingraham was hike leader, furnished by the Boy Scouts.

From the City Street Dept. we borrowed some large stock pots and pans and a bunch of cotton comforts. We filled ticking bags with straw to sleep on. About four to six were assigned to each tent. This was Camp Seattle.

The first night in camp was get acquainted night. We organized committees and posted work schedules. The men gathered and cut wood and carried water. The women set up the table, helped the cook and washed the dishes. The table was made of two legs with boards from packing boxes nailed. Another leg was arranged for a seat.

Each evening we had a big bon-fire with a program of stories, songs and skits. We frequently made our own words to familiar tunes. At breakfast the plans for the day were announced. Soon we started out in a long single file, the Major in the lead, for some point of interest.

The second day in camp was closed in by fog. However, the Major led us above the fog to McClure’s rock and we had a wonderful day. When we got back to camp we found that those remaining in camp had not seen the sun or the mountain peak all day.

Before the end of the week, a group of five girls and two men had climbed to the summit by the Gibraltar route. It was the first successful climb of the summit that year. And so I made my first major peak. Mr. George Crocket was the leader and my brother brought the rear. 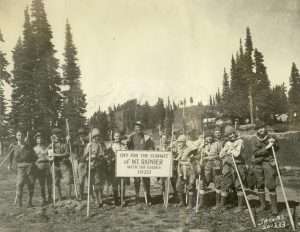 We had so enjoyed our week in camp that we decided to go again. After a week in Seattle we again journeyed to Paradise for Camp #4. This time the road was open and we could drive all the way into Paradise. We found many working, digging and blasting rock, etc. They had begun the foundation of the first hotel in Paradise.

Our main project in this our second week in camp, was a trip across the glaciers to Summerland. This was a scouting trip as it was proposed to have a camp in Summerland the following summer. During the time we were down in Seattle the Major had found an old Botanist camping all alone as was his habit. The Major invited Mr. Tarlton to come to our camp for the rest of the summer and tell our campers about the flowers and lead short nature walks. This he did. The only thing, Mr. Tarlton was stone deaf. Two years later he died in his sleep at our camp at White River.

The main obstacle to our scouting trip was the Cowlitz Glacier. Mr. Tarlton went with us to the edge of the Cowlitz and pointed out the way to go. Our party of four made the crossing safely and that night we camped high above Summerland where we found a few stunted trees. That night the northern skies were full of marching lights, the most beautiful Northern Lights I have ever seen. In the morning Summerland was explored and then we retraced our route back across the glaciers to Paradise.

In late September each person who had been to Camp Seattle received an invitation to a reunion of all the camps at the home of Miss Strong on the east side of Queen Anne hill. Here we met our friends of the mountain and saw them for the first time in city clothes. We compared and exchanged pictures. Yes, we even had a camp fire, in a wash tub. It was suggested that we take walks together during the winter in order to keep in trim for the following summer on the Mountain.

Each camp chose one of their members to represent them on a Board. These representatives together with Miss Strong, Mr. Crocket and the Major made up the first Board of Trustees.

Soon we received in the mail a single sheet giving time and place for each local walk. These were mostly Sunday afternoon walks every other week. It was about this time that the name Co-Operative Campers was selected for the group. These walks were well attended often having fifty or more on a walk. A nickel was collected from each person on each walk to pay the expense of printing and for coffee when we had it. 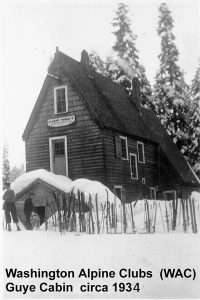 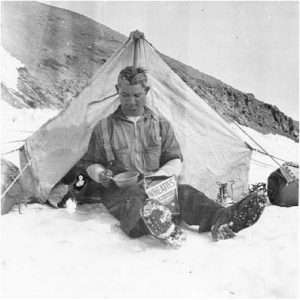 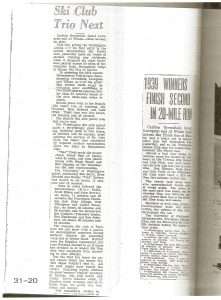 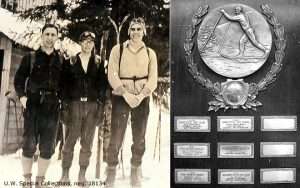 For the full calendar including Guye Cabin, click here

No events in the next few days. Check back soon.

Basic Climbing Class applications are open until December 31st. Select "Classes -> Basic Climbing" from the menu below for details. Dismiss